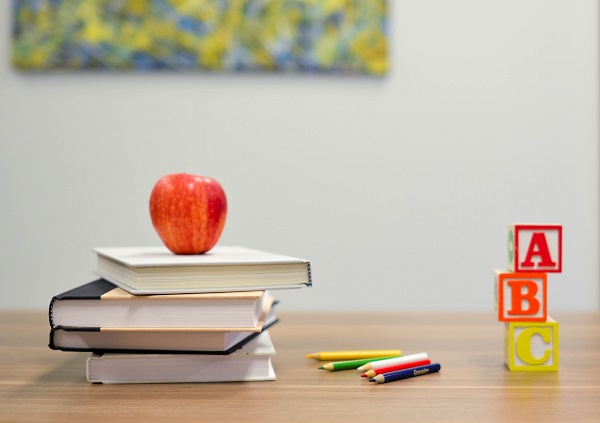 When you made a decision to move abroad with the family, one of the most important tasks is to find a good school for the children. When looking for your new home you will have to take into consideration the travelling distance to the school.

Costa del sol has a great selection of good international private schools from kindergartens to schools with a complete secondary education. In these private schools, education is conducted in a foreign language (English, German, French, Swedish, Finnish or Norwegian), sometimes they are taught in 2 languages. International school is a good option for a smooth transition of children.

We prepared a selection of popular international schools on Costa del Sol including British, American, German, French, Scandinavian located in Malaga, Fuengirola, Marbella, Estepona, Sotogrande. Some of the following schools are mentioned in the 100 best schools of Spain in Forbes and El Mundo.

The British School of Malaga

The school was established in 2000 as the only British school in Malaga city to teach the British Curriculum to students from 3 to 18 years old. The school also offers extracurricular activities like football, gymnastics, robotics, judo, art and dance classes.

A private school was founded in 1982. It offers the International Primary Curriculum, National Curriculum England, IGCSE, A Levels, IB Diploma and Spanish Curriculum. There are around 840 students representing 57 nationalities. The student’s age is from 3 to 18 years old.

The school was founded in 2004 for students aged 3-18 years old and it is now part of International Schools Partnership (ISP) offering their students the possibility of learning through international experiences. The college provides full British Curriculum (the International Primary Curriculum, GCSEs and A Levels) and Spanish equivalent (ESO and Bachillerato). There is a wide range of after school activities such as football, karate, gymnastics, robotics, piano, harp, electronics and much more.

It is a day and boarding school with more than 1000 students from over 45 countries, which follows the IB programme for 3 -18 years. The school provides IB Programme - Primary Years Programme (PYP), Middle Years Programme (MYP) and the Diploma Programme (DP). After the school children can take the advantage of the amazing sport activities including tennis, padel, polo, football, golf, fencing, rugby, swimming and sailing.

Originally founded as a primary school in 1971 in Marbella the school now has another secondary school campus in Sierra Blanca with over 500 students in total.  The school follows the British educational system and the Sixth Form students undertake the International Baccalaureate Diploma Programme

Atlas American School is the first American school on the Costa del Sol offering the U.S. school curriculum to students from 3 to 18 years old. The students will graduate with American High School Diploma. The school offers Spanish and French Language Programms. Students from Grades 10,11 and 12 have an opportunity to participate in Entreprenuership Program to develop their future business skills.

A private Finnish school was founded 1991 in Los Pacos, Fuengirola. It offers a preschool, a comprehensive school and an upper secondary school. The school follows the national curriculum and Basic Education Act of Finland with the exception of mandatory Spanish offered in all grades. The school is recognised and holds an official status in Spain.

The Swedish School started in 1969 in Fuengirola and is one of the oldest Swedish institutions on the Costa del Sol. It is also one of the largest Swedish schools abroad with 320 students. The school offers education from preschool to high school. It follows the Swedish Curriculum and Swedish School regulations, also the students have an opportunity to study some subject in Spanish to enable them to apply to Spanish universities in the future.

Svenska Skolan Marbella is a small exclusive school for Swedish-speaking children living in Marbella. The school was founded in 2003 with 15 students originally. Now there are about 200 children attending the school. The school offers preschool for children aged 3-5 years and primary school year F-6 according to Swedish curriculum. The school is approved by the Swedish National Agency for Education and hold all necessary Spanish permits to run school activities.

The school was founded in 1898. It is officially recognized by the German and Spanish administrations and it is approved by the Spanish Ministry of Education and offers nursery, primary and secondary education, with a lot of options of after school activities.

Ecole Francaise Internationale Marbella (EFIM) This is a kindergarten and elementary school that offers innovative trilingual education (French, English and Spanish) for children aged 3-11 years built on the hybridization of active pedagogies and in accordance with the French National Education program.

Buying a property with Atrium is very easy and clear procedure. All our sales executives possess a diverse experience and profound knowledge to make sure you have nothing to worry about during each stage of the process.Here’s a quick guideline for you on how to purchase your new home on Costa del Sol with us:After you´ve done your research online and got yourself ac...

Save your favourite properties to view later

Set alerts so you are the first to know

By continuing to use this website, we will assume you are happy to receive carefully selected cookies. Do you accept these cookies and the processing of personal data involved?